Demi Lovato opens up about overdose 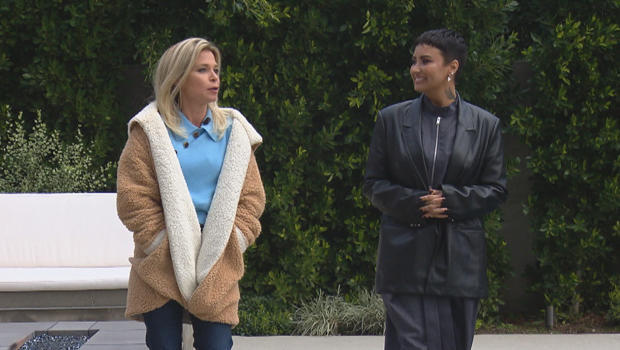 Pop music superstar Demi Lovato, who has struggled with substance abuse and suffered a near-fatal drug overdose, now says she’s more in control of her life and that she needed to nearly die to “wake up.” She opens up to correspondent Tracy Smith about her life today, her career and more in a revealing interview for “CBS Sunday Morning,” to be broadcast March 21.

“I feel good,” Lovato told Smith. “I feel more joy in my life than I’ve ever felt because [I’m not] quieting or diminishing any part of myself.”

That’s a giant leap forward for Lovato, who in July 2018 overdosed on heroin laced with the powerful sedative fentanyl.

She survived, but just barely. “The doctors told me that I had five to ten minutes and … like, if no one had found me, then I wouldn’t be here,” Lovato told Smith. “And I’m grateful that I’m sitting here today.”

She said that when she woke up in the hospital after the overdose she was legally blind, and that she is still dealing with hearing loss, tinnitus and blind spots in her vision.

Lovato first spoke with Smith for “Sunday Morning” in 2016, when she addressed her struggles with her health, an eating disorder and substance abuse. Then, too, she said she was grateful for being alive.

Lovato explores her life – the good and the bad – in a new documentary series on YouTube, which portrays her as a wildly successful pop star who was basically living under the control of others. Lovato said that her overdose happened after a prolonged period of unhappiness.

Lovato also talked with Smith about the lasting health impact of her overdose, her emotional performance at the 2020 Grammy Awards ceremony, her new music, and her life today. She also talks about her new way forward, which includes the moderate use of alcohol and marijuana.

“I would say that, like, I think the term that I best identify with is California sober,” Lovato said, adding she’s not comfortable explaining the parameters of her recovery because it may not work for everybody.

To watch a trailer for the YouTube Originals documentary “Demi Lovato: Dancing With the Devil” click on the video player below: