Demi Lovato on life after surviving overdose: I had to “essentially die to wake up” 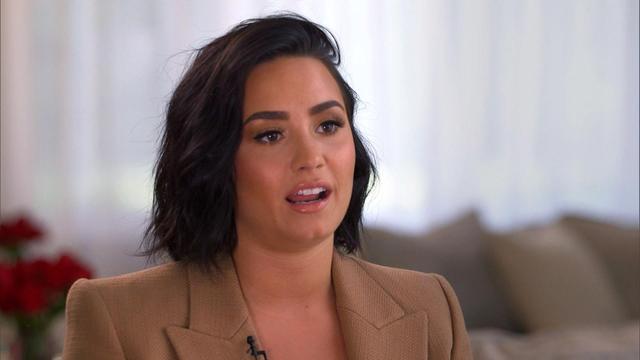 When “Sunday Morning” last met up with mega-pop star Demi Lovato, working out with a boxing sparring partner back in 2016, it looked like she had it all together.

“You look like a fighter to me,” said correspondent Tracy Smith.

Lovato apparently had a handle on the eating disorder and substance abuse that had plagued her for years, and with a healthy new lifestyle, she was better than ever.

“The most successful thing I’ve done,” she told Smith, “is to beat my addiction, and that I’m sitting alive in front of you today.”

But that was then.

In July 2018 word came that she’d overdosed on heroin laced with fentanyl, and had just barely survived. In so many ways, the Demi we met in 2016 was a completely different person from the one Smith sat down with at her Los Angeles home last week.

“I’m not sure that people even realize how very serious this was and how it still affects you,” Smith said. “How close did you come to dying?”

Lovato replied, “The doctors told me that I had five to 10 minutes, like, if no one had found me, then I wouldn’t be here. And I’m grateful that I’m sitting here today, yeah.”

“I was probably 24 when we did the interview. So, we’re doing this interview, I’m in recovery from a bunch of things, and I have been sober for however many years, but I’m still miserable. And then, of course, no matter how you’re feeling in that moment, you’re wanting to say, like, ‘Yes. I’m good,’ because I’m in front of a camera, I’m doing an interview.

“It’s like I, for the first time in my life, had to essentially die to wake up.”

It seems that behind the smiles and the apparent glow of success, Lovato was profoundly unhappy. She talks about it all, and then some, in a new YouTube Originals documentary out this week, “Demi Lovato: Dancing With the Devil.” It paints a picture of a beloved pop star who, in the time leading up to her overdose, was living more or less like a prisoner.

Smith asked, “How much of your life did you control?”

“Stop for just a second, because I think this will be baffling to people, that you weren’t even in control of the food that you ate?”

“Obviously, I was in control of what I put in my mouth,” Lovato said. “But there were times where phones were taken out of – actually, every time I was in a hotel room, my phone was taken out of the room so I couldn’t order room service.

“Regardless of what other people may have said or done, my actions put me in the seat that’s in front of you today,” she said. “Unfortunately, nobody can answer for my overdose but me.”

Since her overdose, Lovato says she’s found a way forward that works for her.

Smith asked, “So, you’re doing what they call moderation, I guess, right? So, you’re drinking, smoking a little bit of weed, is that fair to say?”

“Yeah. I think the term that I best identify with is California sober,” said Lovato. “I really don’t feel comfortable explaining the parameters of my recovery to people, because I don’t want anyone to look at my parameters of safety and think that’s what works for them, because it might not.

Lovato said she still suffers from lingering problems with her vision and hearing, but she also discovered that her singing voice was as strong as ever – and she chose last year’s Grammy Awards to prove that to the world (and maybe herself).

But a few seconds in, her emotions got the better of her. She started to sing, and then stopped.

What was going through her head? “I didn’t know if I’d ever step foot on a stage again. When I woke up in the hospital, I was like, ‘I don’t know the full extent of the damage that’s been done.’ I hadn’t tried singing yet.”

And then, she started again, in what would one of the most triumphant performances of the year.

This song, “Anyone,” is the first track on her upcoming album. It could also be the soundtrack of a time in her life that she’s both grateful for, and hoping to leave behind for good.

Smith asked, “To you, personally, how are you feeling at this moment?”

“I feel so good,” she replied. “I feel more joy in my life than I’ve ever felt because I’m not quieting or diminishing any part of myself.

“I think that my whole life, I was the horse that everyone was leading to the well, and they couldn’t make me drink the water from the well. It wasn’t until this past year that I was able to taste the freedom of the water in the well, because I finally was ready to drink it.”

To watch a trailer for the YouTube Originals documentary “Demi Lovato: Dancing With the Devil” click on the video player below: