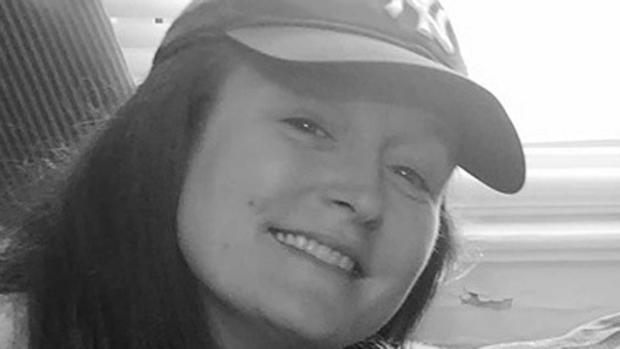 Dana Lawrence, a career con woman whose scams included posing as an heir to a cosmetics dynasty and an employee of a top Hollywood filmmaker, duped friends, lovers and acquaintances out of hundreds of thousands of dollars. Then FBI Special Agent Mark Hastbacka got the case. Hastbacka reveals his quest to outsmart the mysterious grifter in “‘The FBI Declassified’: The Swindling Seductress” airing Tuesday, October 27  at 10/9c on CBS.

For sisters Kennedy Lawrence and Avery Little, childhood was anything but normal. “I remember just always on being on the move,” said Kennedy. “What my mom would say was we were running from the bad guy,” added Avery.

For years, says the FBI, Kennedy and Avery crisscrossed the country with their mother, Dana Lawrence, never staying in one place long enough to lay down roots and do typical “kid” things: make long-lasting friendships, have sleepovers, join the soccer team, or worry about what to wear to school.

Throughout their childhoods, every day was unpredictable. “We would always pick up and leave. Usually in the middle of the night, and I never knew where we were going, but we’d end up in a new place,” recalled Kennedy. “It would always be a new guy that would come and go from the house, and oftentimes we would live with them, which was always very uncomfortable for me, not knowing who they were. And she did this quite frequently. She would always find a new man, new money somewhere.”

It was only years later as teenagers that Kennedy and Avery discovered why they were always on the run: Their mother was a con artist.

They didn’t realize the full extent of her crimes until 2017 when Dana’s suspicious activities caught the attention of the FBI, and Special Agent Mark Hastbacka started to peel back the layers on her sordid past.

The FBI says Dana Lawrence moved from state to state to scam thousands of dollars from boyfriends, one-night stands, unwitting friends, and even her employers.

As part of her scam, Dana crafted a seemingly respectable backstory. She told people she was a Harvard-educated attorney, came from a wealthy family with a trust worth millions, and was an altruistic volunteer fundraiser for nonprofits and charities.

“She didn’t go to college. She didn’t finish high school. So these are all lies,” said Kennedy.

Dana also adopted a laundry-list of aliases, going by the names Miranda Matthews, Genevieve Morgan, and Genna Kaplan, to name a few. At one point, she used the surname Lauder and said she was the heir to the fortune of the cosmetics company Estée Lauder.

“I always asked her … why I was having to go by different names? Why she was making me do these things,” said Kennedy. “She always told me it was because we needed to hide. We needed to be safe … and because she was my mom and you look up to your mom, you just had no reason to believe that she was wrong.”

Dana even claimed that Kennedy and Avery were her nieces, not her daughters, so as to appear that she had selflessly taken them in after her sister died of cancer. Her real sister was, in fact, alive and well, and living in Florida.

Over nearly three decades, using at least 15 aliases and living in 16 states, the FBI says Dana Lawrence carried out the same plot over and over again. She would meet men at bars or on dating websites and either become pregnant with their children or tell them she was pregnant in order to swindle money from them. In total, she had six children by six different men.

Her scams with employers and even some charitable organizations involved using company credit cards and racking up fraudulent charges for her personal expenses.

In 2017, the case landed on Special Agent Hastbacka’s desk when Dana’s coworker became alarmed by her questionable behavior. At the time, she was volunteering as a grant writer at the mayor’s office in Nashua, New Hampshire. Hastbacka never could’ve guessed that he was about to expose a career con artist who was a fugitive from justice.

“It was like doing a 500-piece puzzle,” he recalled. “She said, Mark, you only know 20 percent of what I’ve done, and you’ll never be able to figure it out. So I just told her the challenge will be accepted.”

And it was. Hastbacka’s investigation led to Dana being charged with fraudulent use of a Social Security number and she served 18 months in prison. She is now out on parole.

Hastbacka not only uncovered Dana’s criminal history, but also worked to reunite some of her children with their biological fathers.

Kennedy, now 23, and Avery, 19, were separated for years.  Avery mostly lived with her father and Kennedy lived with her aunt.  Now, they have not only reunited, but are roommates. They are estranged from their mother, but Kennedy and Avery are closer than ever, moving forward together.

“We won,” Avery said. “We got a good family out of this and that’s the most important thing.”