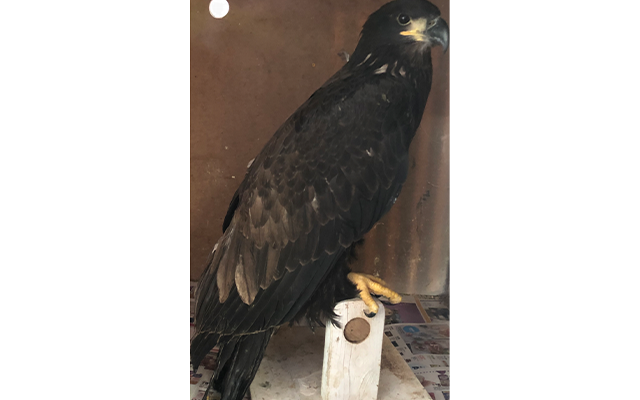 Crime Stoppers is offering a reward of up to $1,000 for information leading to an arrest in the shooting of a juvenile American Bald Eagle. The Wildlife Support Team based in Essexville, was called to Revilo Drive in Bangor Township, where the eagle had been found sitting high in a tree and bleeding heavily.

After the bird was rescued, veterinarians determined the female bird had been shot four times by a pellet gun. One of the pellets pierced her wing in two separate sections before it entered her body, breaking her bone at the wrist. From this, it was determined that she had been shot while perched, not in flight.

Rehabilitators report her wounds are healing well, but are unsure when she will return to the wilderness.