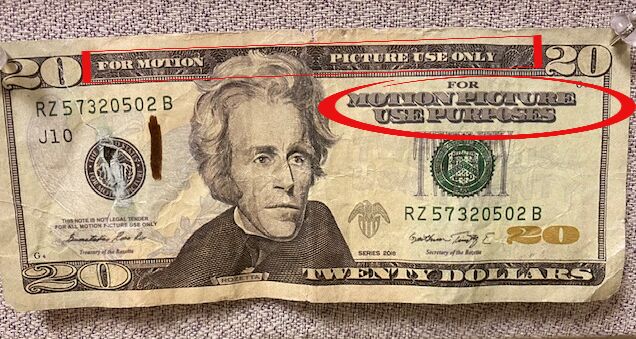 Police in Genesee County are warning residents to be on the lookout for counterfeit money.

A fake $20 bill landed at the Hurley Medical Center gift shop over the weekend. The bill looks real enough, except where a real $20 would say Federal Reserve Note and The United States of America, the fake bill says For Motion Picture Use Purposes, both on the front and back of the bill.

The Genesee County Sheriff’s Department is urging residents and businesses using cash to closely inspect their bills as they come in. While there hasn’t been a wide spread use of the fake money, police say they’ve seen a few of them turn up over the past few years.