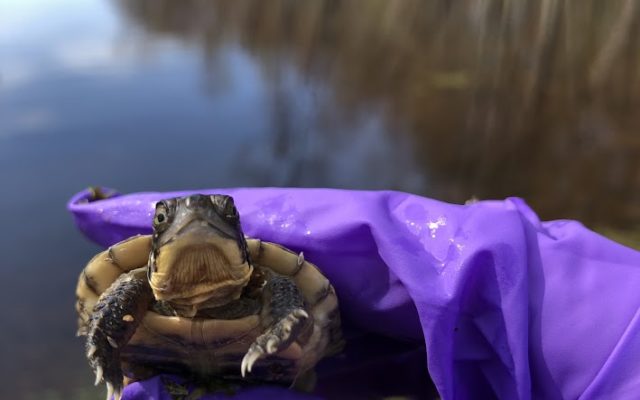 Consumers Energy  has released 19 juvenile Blanding’s Turtles rescued from the construction path of the Saginaw Trail natural gas pipeline replacement project back into their natural wetland habitat in Genesee County.

“We are so proud to once again play a key role in helping the Blanding’s Turtle, a species of special concern in Michigan, survive and thrive,” said Dennis Dobbs, Consumers Energy’s vice president of enterprise project management and environmental services. “Our dedicated and caring pipeline employees embraced our commitment of ‘leaving it better than we found it’ by working to protect and enhance wildlife, and valuable habitat while modernizing our pipeline system.”

The turtles came from eggs of adult females that were safely removed from the pipeline path in 2019, then returned when construction was complete. A herpetologist contracted by Consumers Energy incubated the eggs and nurtured the juveniles over the winter until they were large enough to have a good chance of survival from predators. Last spring, a separate group of 12 juvenile Blanding’s Turtles were released after being successfully incubated and given a “head start” that included acclimating to natural temperatures, eating a live diet and learning to catch food themselves.

The Blanding’s Turtle is listed as a Species of Special Concern and is protected by the Michigan Department of Natural Resources and proposed for Federal protection. While it has a lifespan of over 80 years, the Blanding’s Turtle does not reach sexual maturity until about the ages of 15-20. Hatchling and juvenile turtles suffer very high mortality rates from midsized mammal predators. It may take an adult female decades to produce enough turtles to help keep the population stable.

“It’s a really good feeling to know that because of our efforts these turtles could be here for the next generation of Michiganders to enjoy. We’re very proud of that,” Dobbs said.

During the past three years of construction on the Saginaw Trail Pipeline more than 30,000 amphibians and reptiles have been safely relocated from the pipeline path such as frogs, toads, salamanders, turtles, and snakes. Other animals protected during pipeline work include several species of nesting birds and small mammals.