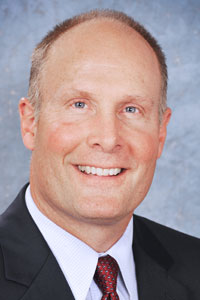 Friday night, a panel of judges for the U.S. Sixth Circuit Court of Appeals lifted a stay on the Biden Administration’s vaccine mandate for businesses of 100 employees or more. The panel decided 2-1 to lift the stay and allow the mandate to move forward. Opponents of the mandate immediately said they would appeal to the Supreme Court.

“The judges who approved of the Biden Administration’s vaccine mandate have blown open a massive loophole for President Biden and future presidents to prescribe their preferred medicines through ’emergency’ executive rule on millions of Americans,” said Congressman John Moolenaar. “I believe Americans should have the right to decide if they want the vaccine and that implementing this mandate on employers is unconstitutional. If this mandate goes forward employers will be forced to find new workers and pay for millions of tests, and those costs will be passed on to Michigan families who are already facing rising prices for everything they buy. I will continue to fight this executive overreach in Congress and push for my legislation, the No Vaccine Mandate Act.”

Congressman Moolenaar introduced the No Vaccine Mandate Act last month. The legislation would prohibit the Department of Labor from spending taxpayer funding on enforcing the Occupational Safety and Hazard Administration’s vaccine mandate.

On Saturday morning, OSHA announced it would begin citing companies for violations on January 10. Businesses who do not comply with the mandate will be fined thousands of dollars.