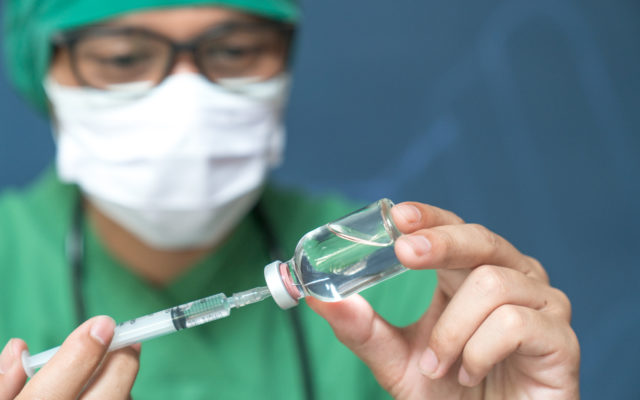 Congressman Dan Kildee (D-Flint) has introduced new legislation to lower costs for Michigan families and seniors by addressing the high cost of insulin.

The Affordable Insulin Now Act, would lower out-of-pocket costs for Americans with diabetes by ensuring no patient, regardless of their insurer, pays more than $35 per month for this vital medication.

“Michigan families and seniors are paying too much for insulin. No one should have to choose between taking their medication as prescribed and putting a roof over their head. At a time when Big Pharma is making record profits, Congress must do more to lower costs,” Congressman Kildee said. “As a father of a type-1 diabetic, I have seen first-hand how the high price of prescription drugs like insulin affects families. That’s why I’ve introduced new legislation to make insulin affordable for Michigan families and seniors.”

In Michigan, it is estimated that one in 10 people have a form of diabetes. The average sticker price for a month’s supply of insulin is about $375, but for some it can be as high as $1,000 a month because they need to take more. Insulin was discovered over 100 years ago. Since then, little about insulin has changed, but in recent decade its price has skyrocketed. As a result, Americans pay five to 10 times more for insulin than patients in other developed countries and one in four American diabetics have reported skimping on their prescribed medicine because of its cost, especially during the pandemic.

Congresswoman Angie Craig (MN-02) and Congresswoman Lucy McBath (GA-06) are cosponsoring this legislation in the U.S. House of Representatives.

“This bill is an important step towards making insulin affordable for everyone in America. We commend Reps. Craig, Kildee, and McBath and their colleagues for listening to the people who elected them and taking on the pharmaceutical corporations’ greed. This isn’t a partisan issue. Eighty percent of all Americans say drug prices are too high and that Congress must act to lower them. This bill is a critical step forward in protecting Americans from the criminally high prices that pharmaceutical companies charge,” said Alex Lawson, Executive Director of Social Security Works.

“The American Diabetes Association, the leading advocate for an insulin out-of-pocket patient co-pay cap, is excited to endorse the Affordable Insulin Now Act, introduced by Representatives Angie Craig, Dan Kildee and Lucy McBath today,” said Lisa Murdock, Chief Advocacy Officer of the American Diabetes Association. “The bill’s $35 monthly out-of-pocket cap on insulin could be life-changing for the millions of Americans with diabetes who use insulin. This legislation is especially important for the one in four individuals with diabetes who were forced to ration their insulin during the COVID-19 pandemic due to increasing cost.”