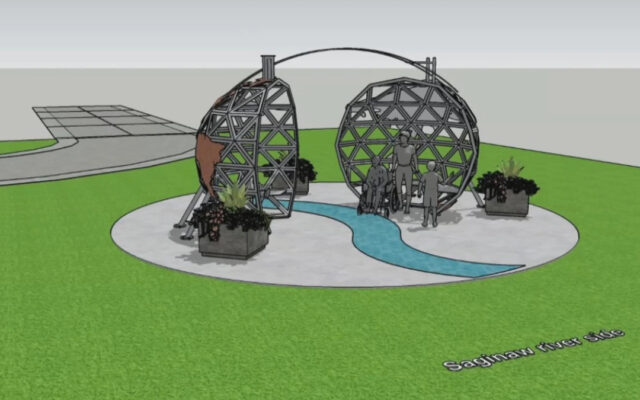 Bay City will celebrate 60 years of friendship with its sister city, Ansbach, Germany this year.

To commemorate the event, students from the Bay-Arenac ISD career center will design, market, and build a ten foot diameter globe made of copper and aluminum. The globe will be split in half, with each side representing both cities, with a bridge connecting the top and a river at the bottom.

The sculpture will be placed in a commemorative plaza called Ansbach Platz near River Edge Apartments in Bay City’s Uptown. Construction is hoped to be completed by September.

The Michigan Economic Development Corporation recently approved a $50,000 matching grant to fund the project. A silent auction will be held March 24 by the Bay Area Chamber of Commerce to help raise funds as well.

Ansbach, Germany is also celebrating the event by dedicating a bridge as Bay Bridge.