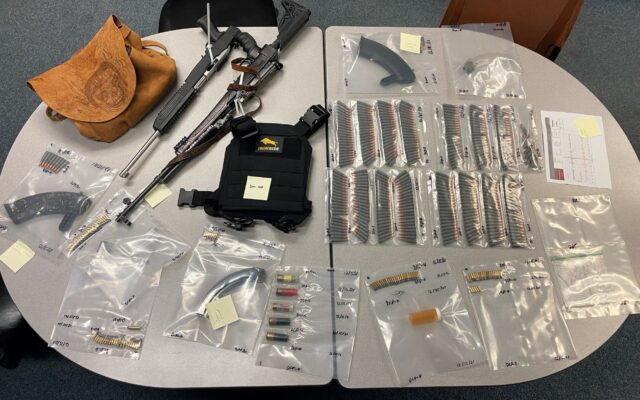 A 59-year-old man from Clare is facing multiple charges after driving off during a traffic stop.
State Troopers from the Mt. Pleasant Post pulled the suspect over about 11:00 p.m. on October 21, but he drove off after briefly speaking with them.

After trying to locate the vehicle, troopers discovered it had been stolen from a home near Harrison. A joint investigation between Mt. Pleasant State Police and the Clare County Sheriff’s office found the driver had an outstanding warrant and a suspended driver’s license.

The Clare County Prosecutor’s office authorized a felony warrant for the suspect, and he was found at a Clare County home Wednesday, along with the stolen vehicle. It was seized, along with several guns, ammunition, body armor and suspected methamphetamine.

The suspect was in the Clare County Jail pending arraignment on charges of Unlawful Driving Away of Automobile (UDAA), Fleeing & Eluding, and Resisting & Obstructing a Police Officer.