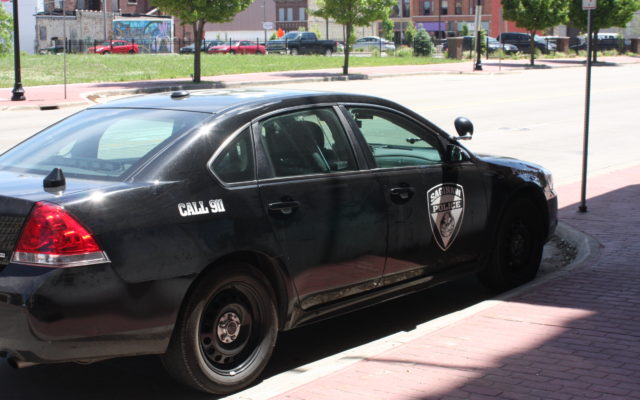 The city of Saginaw is taking issue with the Police Officer Association of Michigan (POAM), which recently spoke with the media regarding requests to protect Saginaw police officers and detectives from COVID-19.

POAM wants protections put into place at the Saginaw Police Department (SPD) to minimize the risk contracting or spreading the illness. The requests include a seven-day-on, seven-day-off rotating schedule for officers and laptops in vehicles for detectives.

POAM Business Agent Jim Tignanelli, who represents the SPD, told WSGW recently several police departments around the state have adjusted their staff schedules to keep the risk of infection down, including at the Saginaw County Sheriff’s Department and the Saginaw Township Police Department. He says, however, the SPD has denied the request.

Saginaw Police Chief Bob Ruth says in a prepared statement, “I have researched alternate work schedules and spoken with several command staff members to determine that our Police Department has not reached a threshold yet where we feel the need to make a drastic change in work hours. Ultimately, the safety of the officers and the community come first. Working seven 12-hour days in a row in a city as busy as Saginaw poses a health and safety issue for the officers and citizens we serve. As Chief, I have to make very tough decisions that are not popular with everyone.”

Another request made by POAM on behalf of the detectives at the SPD is to place computers in the cars used by detectives, much like patrol officers use in their squad cars. Tignanelli says this would allow detectives to work from their vehicles, limiting the amount of time they would need to spend inside the building.

The city says while this is a good idea, there is not enough money in the budget to accommodate the request. The city is exploring grants and other funding options for those computers, but says the detectives were also given the opportunity to move their workstations to ensure social distancing and remain safe and healthy.

The city says officers and detectives are supplied with PPEs like face masks, face shields, hand sanitizer and gloves on a daily basis. The city says the police building is also sanitized daily, with an outside firm brought in at various times to provide intensive sanitation with special equipment. Police vehicles are also sanitized on a regular basis.

In the statement, the city says it normally doesn’t speak with media during contract negotiations and arbitration, but calls the recent assertions and statements made by POAM representatives to the media unfounded which must be addressed.

Tignanelli says currently, there is no new contract with the department, which hasn’t had one since around last June. He says the specific requests regarding scheduling changes and computer equipment aren’t under arbitration and don’t fall under Michigan Public Act 312, which gives a vehicle for police and fire departments only to negotiate contracts and disputes.