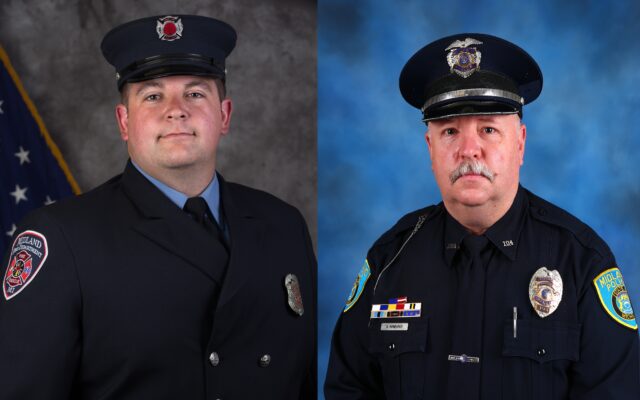 The City of Midland has honored their 2022 Police Officer and Firefighter of the year.

Pomranky joined the Midland Police Department in 2001, serving as a leader on the S.W.A.T team, a field training officer, and instructor in defensive tactics and firearms in his 21 years with the department.

Firefighter Peake joined the Fire Department in 2006, serving as a truck operator and lieutenant when needed. According to the City, Peake has rescued 3 people from burning buildings since joining, including an elderly woman with diabetes during a house fire earlier this year, and his experience and quick-thinking helped to limit damage during a commercial fire in July.

The two recipients were honored by the Midland Area Community Foundation at a ceremony earlier this year.