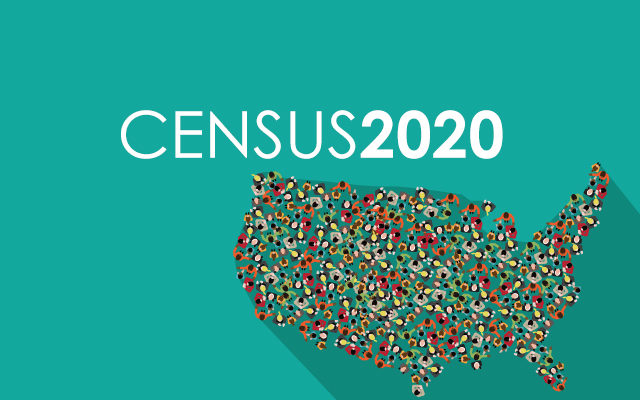 LANSING – Faith leaders across Michigan are uniting to help answer the appeals of leaders of the state’s 2020 Census “Be Counted” campaign who are looking to increase census participation on Sundays, which data show is the lowest-performing day of the week for responses.

“We’re thrilled that ministers representing various and diverse religious communities throughout Michigan are voluntarily offering to use an array of creative tactics to encourage their congregants to complete the 2020 census,” said Dion A. Williams, director of Gov. Whitmer’s Faith-Based Affairs Office.

“Pastors, priests, imams and rabbis from Baptist, Catholic, Methodist, Lutheran, Church of God in Christ, Islamic and Jewish congregations are stepping up to make their voice heard among their worshippers regarding the 2020 census, its significance and other information,” Williams said. “The goal is to ensure every Michigan resident knows it takes only 10 minutes to complete the census – but those 10 minutes can improve local communities in every corner of Michigan for the next 10 years.”

Across the U.S., the outbreak of the coronavirus pandemic has interrupted plans to get as many people as possible to participate in the count, which determines how much federal money goes to communities. The outbreak and subsequent orders by states and cities to stay home and avoid other people came just as census workers were about to ramp up efforts to drive response rates.

But the change from grassroots tactics to more “virtual” outreach activities comes at a cost: Experts say connecting with trusted community leaders in person is the best way to reach people in hard-to-count groups that may be wary of the federal government.

“That’s why we’re so grateful that Michigan’s faith leaders are helping serve as trusted messengers who can dispel some of the myths that exist about the census and provide accurate information,” said Kerry Ebersole Singh, director of Michigan’s 2020 “Be Counted” campaign.

Several churches in the Christian community are hosting televised or online praise breaks every Tuesday, Wednesday and Saturday, as well as Bible study, to draw attention to the census.

“I’m urging the residents of my community to become involved by mentioning that the census brings vital resources that our community needs,” said the Rev. Carnel Richardson of New Prospect Missionary Baptist Church in Detroit.

For each uncounted person in the decennial census count, Detroit stands to lose an estimated $5,500 per person – or $55,000 over 10 years – in federal aid, according to city estimates. Detroit receives about $3 billion in funding for federal programs each year. Those federal programs range from Medicare and Medicaid to free lunch at schools, Head Start and roads. The count helps set hospital funding, and it could determine how much of the coronavirus vaccine goes to communities once one is developed.

“My church is in the heart of the city and located in an area that is one of the epicenters of COVID-19,” Richardson said. “Therefore, I continue to share with my congregation and my community that it’s more important now than ever to ensure everyone is being counted in this census.”

Virtual Census Sundays are also taking place within many religious communities. Census Sunday allows for those in the congregation to complete the census for their household and pass along any census-related information to friends and family who may not be able to attend services. That push will accelerate as more clergy determine it’s safe to reopen houses of worship and resume public gatherings in compliance with orders by state and local officials.

In addition, members of the Catholic community have sent out fliers and booklets statewide with information regarding the census, reaching over 40,000 Michigan households, according to Michigan Catholic Conference (MCC) President and CEO Paul A. Long, who serves as a member of Gov. Whitmer’s 2020 Complete Count Committee that is helping coordinate the “Be Counted” campaign.

“Unfortunately, research has found that too many people – including young children, those experiencing homelessness or poverty and those in densely populated urban areas – are typically undercounted,” Long said. “So, we are hard at work identifying barriers to census participation and developing potential solutions.”

MCC created a census awareness website with free resources for church bulletins and social media graphics for parishes to use, at www.micatholic.org/2020Census/. The MCC resources were also made available in Spanish. A few more examples of actions Long cited that religious leaders are employing to boost census turnout include addressing community misconceptions, sharing information about census confidentiality protections, providing internet access or in-person visits to those who need it while maintaining safe social distancing and offering translators or materials in different languages.

The “Be Counted” campaign’s Virtual “7 Day” Challenge is another popular event happening in religious communities throughout Michigan, noted Bishop Dennis J. McMurray, Senior Pastor of the Renaissance Church of God in Christ of Grand Rapids. The for-fun challenge requires churches to keep track of how many people in their congregation complete the census during a specified 7-day span, with the winner getting bragging rights.

“Pastors are intentionally engaging one another and have developed accountability partnerships to ensure that the Census 2020 initiative remains active in the pulpit, the pew and the community,” McMurray said. “We all realize that our efforts today will impact quality of life tomorrow.”

The census is more convenient to complete than ever before by mail, by phone and – for the first time – online. The census asks only nine basic questions: name, age, gender, ethnicity, race, number of people in the household, anyone additional in your house as of April 1, if you own or rent your home and phone number.

Statewide, more than 4.3 million Michigan residents are estimated to be hard to count or less likely to complete the 2020 census, as measured by federal data on expected response rates. In 2010, 78% of the state’s population completed the census. On Wednesday, May 27, the U.S. Census Bureau reported 66.8% of Michiganders had completed the census, ranking fourth best in the nation.