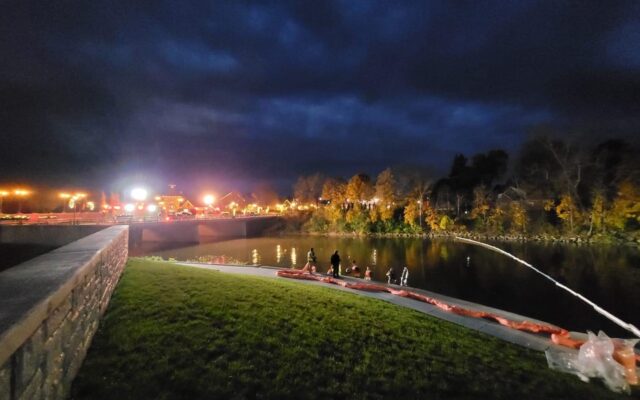 An oil slick was reported around 3pm Tuesday on the Cass River in Frankenmuth.

The Frankenmuth fire department reported the 60-foot wide slick was found stretching nearly a quarter mile upstream to the Holz-Brucke Covered Bridge near the Bavarian Inn.

According to Fire Chief Phillip Kerns, the department contacted the Michigan Pollution Emergency Alerting System when the oil was found, activated the Saginaw County HazMat Team, and deployed the department’s boat and drones in an attempt to determine the size of the spill and a potential source.

When unable to do so in a timely manner; HazMat members from the Bridgeport Township, Saginaw City, and Saginaw Township Fire departments assisted in deploying booms across the river to contain as much of the oil as possible.

Although the quantity is believed to have been small, a representative from the Michigan Department of Environment, Great Lakes & Energy will investigate the matter and coordinate clean-up efforts under the Main Street Bridge.