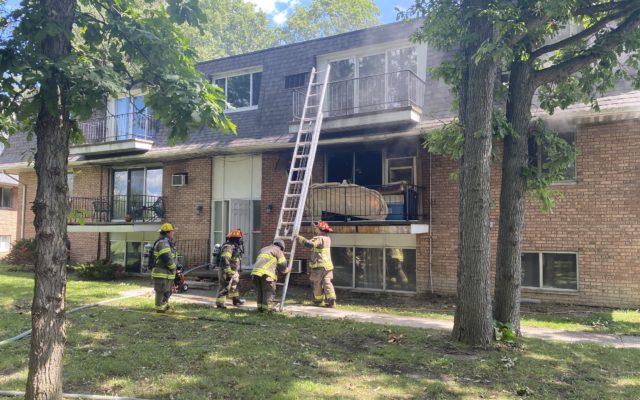 photo by Ric Antonio
Residents evacuated an apartment building at 3925 Bauer Dr. around 12:45 p.m. Monday,  after an air conditioning unit in one of the units caught fire from over use following a hot weekend.
Firefighters  from Carrollton, Zilwaukee and Kochville Townships promptly put out the flames and broke out windows to release smoke.
Bystanders and medical responders say no one was in the apartment or the  affected units above or below, but the unit where the fire started was fully engulfed. No fire damage appears to have occurred in other apartments but crews were checking for smoke damage.