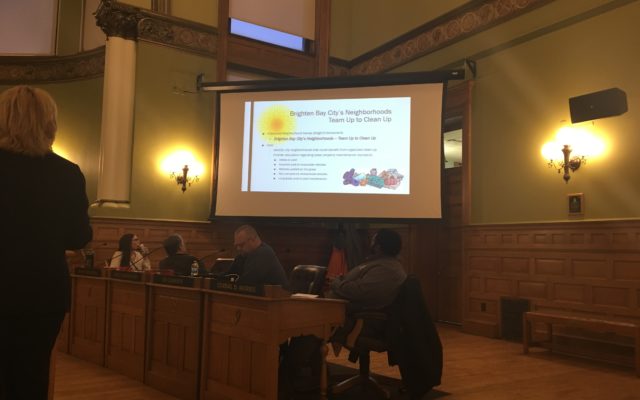 Bay City Commissioners were briefed Monday on a planned beautification program subtitled “Team Up To Clean Up”.

City Code Enforcement Coordinator Sue Coggin says a committee will target two neighborhoods apiece on the east and west sides or four in all to address blight. Coggin explained two block sites with yard waste and debris or abandoned vehicles will be cleaned with the combined help of residents and volunteers at no charge to people living in those areas.

The locations will be announced in June with the actual work to be done over three or four days the week of August 19th.