Journalist Lisa Napoli, whose books include the story of Ted Turner’s creation of CNN, has authored a new book tracing the history of National Public Radio, and of four trailblazing journalists who brought unique perspectives to the microphone.

Read an excerpt from “Susan, Linda, Nina & Cokie” below, and don’t miss Faith Salie’s story marking the 50th anniversary of NPR on “CBS Sunday Morning” May 2!

On August 18, 2019, Mary Martha Corinne Morrison Claiborne Boggs Roberts, age seventy- five, did what she’d done for thousands of Sundays. She left her beloved home on Bradley Boulevard in Bethesda, Maryland— the magical, Gone with the Wind–style property she’d begged her parents to buy nearly seventy years before, where she slept each night in the antique cherrywood rope bed that had been in her family for generations— and made her way to the studios of ABC News in Washington, D.C.

Her manicured nails polished fire-engine red and her short hair neatly styled to perfection, the woman— nicknamed “Cokie” as a child due to her brother’s inability to pronounce “Corinne”—had learned to enjoy that pampering necessity of television, a turn in the makeup chair. Cosmetic flourishes, like chopping off her long, straight “gym teacher” hair into a more glamorous do when she transitioned from radio to TV, were part of the job. Celebrity came with many perks—like a better table at a restaurant and gratis wine from starstruck flight attendants, if they hadn’t already upgraded her to first class. It also meant being on display on a run to the grocery store.

Glamour wasn’t what attracted the audience to Cokie. The adulation was sparked by the fact that she seemed like a woman in your book club, someone you ran into at the local farmers’ market who remembered your husband’s recent surgery, or your daughter’s recital—a PTA mom consumed with her own family, canning tomatoes from her garden, rushing to church on Sunday morning.

Except that Cokie rushed to church after appearing on national television, where it was her job to break down inside-the-Beltway shenanigans for a rapt audience of millions as if she were dissecting a football game with the guys at the local bar. Except that Cokie knew the inner workings of Washington so intimately that she tutored newly elected lawmakers in its history and protocol. Cokie, unlike anyone else you knew, was on a first-name basis with the power elite. She happened to be one of them herself.

This August Sunday, she joined what the producers called a “power roundtable” of commentators on the long-standing program she once cohosted, This Week. She was emeritus now. Back in 1988, the show had boldly added a skirt, hers, to the boys’ club cast of characters flanking the original host, David Brinkley, the wry raconteur from her parents’ generation, whose career arc spanned the evolution of broadcast news. A North Carolinian by birth, Brinkley first made a name for himself in radio, when World War II instructed Americans in the value of what was then the ascendant medium.

Back then, Washington was infinitely simpler; the burgeoning city was so relaxed, went the stories, that a motorist on Pennsylvania Avenue could drive right up to the portico at the White House and turn around. Media, then, were infinitely simpler, too; covering the White House was a part-time beat. When one of the first studio cameras was wheeled into the newsroom, Brinkley and his colleagues demanded to know, “What in the hell are we supposed to do with that?” As broadcasters struggled to redefine news with pictures, Brinkley morphed and changed and rose to stardom in TV, too—one of a handful of the medium’s plentiful lot of patrician white men so elevated. As homogenous as their makeup was their belief system: “None of us had any ax to grind; none of us had any political ambitions. Our only real purpose in life, and in work, was to tell people what we knew to be true.”

By the time Brinkley jumped from NBC to ABC to launch his weekly inside-the-Beltway analysis show in 1981, cable news and satellites and videotape were accelerating and changing news yet again. And at the exact same time, after years of legislation and lawsuits and activism and sheer determination, women—long marginalized into dead-end jobs as secretaries, researchers, and weather girls, acceptable waystations en route to their supposed true and primary purpose in life, marriage and motherhood—were finally beginning to emerge from the shadows, propelled to the meatier assignments they’d been longing to tackle.

Looking to acknowledge the underrepresentation of half the population, producers of the Brinkley show invited a variety of female pundits on the air for live screen tests. Cokie, who’d been generating a buzz around town for her work as a congressional reporter on National Public Radio and her contributions on its television cousin, PBS, was among them.

Hers was one in the quartet of voices that listeners around the country could hear report the news every day. Colleagues Susan Stamberg, Linda Wertheimer, and Nina Totenberg had each come before her at NPR. They’d joined the network at its marginal and bedraggled beginnings and put it on the map. Together, these four had done more than make careers for themselves in public radio at a time when female newscasters were unicorns. They’d changed journalism, the public’s perception of women, and, while they were at it, women’s perceptions of themselves.

Some women in the 1970s marched for equality, or sat on the sidelines angrily lamenting the lack of it. Susan, Linda, Nina, and Cokie had, through a combination of will, timing, and talent, used their distinctive perches to elevate the status of their sex in a different way—working a hundred times harder than men while wielding microphones, as Susan described them, as “magic wands waved against silence.”

Male reporters would query lawmakers about defense spending. Women, once they were allowed, posed questions that had previously gone unasked about different essential matters, such as health care and schools and equality. What was a policy’s impact, they demanded to know, on the family, on the elders, on the children?

Though NPR has risen over the last half of the twentieth century to its stature as an almighty soundtrack of the American media landscape, hardly anyone remembers its years of struggle to find an audience in a medium called “hidden” or, worse, “bedridden.” Fewer still recall that the place had once come within moments of shutting down. Proud and aware of their influence in creating this cultural and journalistic force, Susan had taken to calling them NPR’s “founding mothers.”

It was Cokie who had zoomed to a rarefied, enduring stratosphere of fame. As soon as the network television people witnessed her in action during that live audition, she’d been granted admission to the typically stag lot of Brinkley regulars. ABC wanted her so badly, in fact, that they cut an unusual deal so she could also keep the radio job she loved. She was that good a “get” that they agreed to share.

“Cokie knows more about Congress than any single member knows, and ten times more about it than I ever did,” effused the usually understated legendary dean of broadcasting, Brinkley. “She looks nice, she talks well, what more do you want?” He confessed that he couldn’t take credit for the discovery. Fellow reporter and inveterate wag Sam Donaldson had noticed her in action on the Hill and just knew Cokie could work as “one of the boys.”

Audience reaction affirmed the choice. She was the total package of smarts, connections, and nonchalant beauty that TV programmers had only dreamt of finding. No one had seen or heard anyone like her before. So distinctive was her voice—that hint of a drawl overlaid with a bit of crackle—that a mere photograph of her could conjure the sound.

Men approached her on the street and told her they appreciated her common sense. Women admired her gumption: “We love the way you don’t let them interrupt you and that you hand it right back to them.”

“I get the feeling,” Cokie said, “that the country is full of women who’ve never gotten a word in edgewise when men talk about politics.” It was. Just as women hadn’t gotten a word in, for so long, on TV.

But this had never been the case in Cokie’s household. Though Brinkley and Donaldson and so many other inhabitants of the clubby, insider D.C. press corps inhaled politics like oxygen, she herself had been feeding on it since she was in the womb. Her parents were as close to royalty as it got in America. Her blustery father was the mighty Democratic congressman from Louisiana Hale Boggs, first elected when he was just twenty-six years old. A natural orator who understood the power of the media, he’d trek through snow and sleet, it was said, just to appear on Meet the Press. Cokie’s magnolia mother, Lindy, to the manor born, won election to the seat her husband had held for decades after his untimely demise, making the unlikely transition from perfect political spouse to revered political operative, fighting for racial and gender equality while maintaining her reputation as the most genuinely sweet woman to roam Capitol Hill.

The family dinner table, where Cokie sat elbow to elbow with power brokers from her earliest memory, had imbued her with an innate and reverent understanding of politics and politicians—and how to behave fearlessly around them, to speak her mind, while maintaining social graces, of course.

“If you interrupt too much and are too aggressive and ready to get in there, you come across as a bitchy, shrill witch,” Cokie said. “And if you don’t talk enough and are polite and wait, then you come across as a wallflower with nothing to say.” Formula for a media superstar: One part proper, one part ferocious, equal parts sage. One hundred percent Cokie.

From “Susan, Linda, Nina & Cokie: The Extraordinary Story of the Founding Mothers of NPR” by Lisa Napoli. Copyright © 2021 by Lisa Napoli. Published by Abrams. All rights reserved. Reprinted by permission. 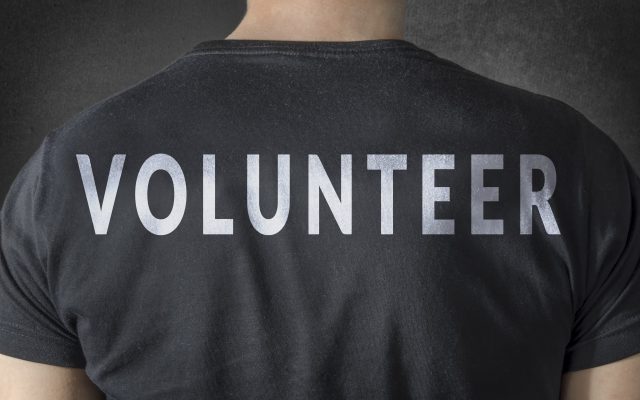 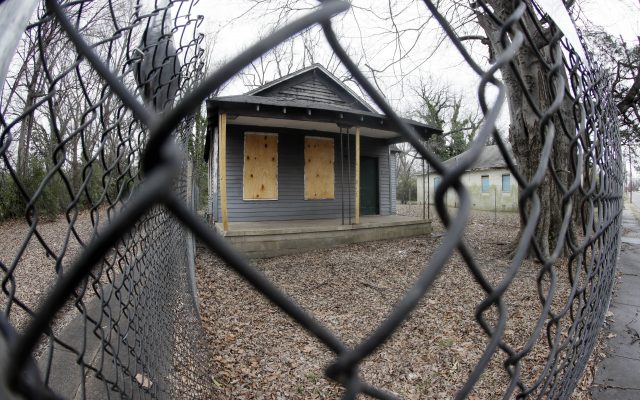 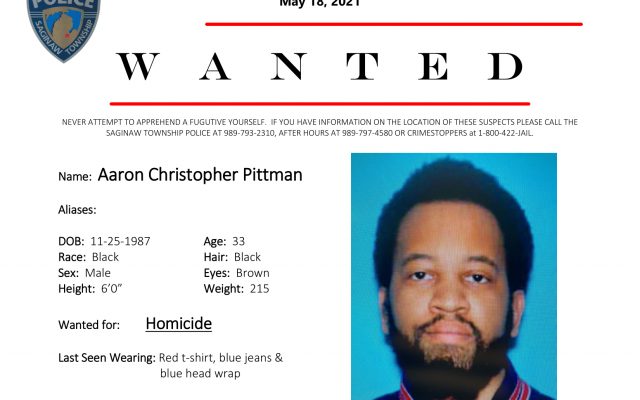 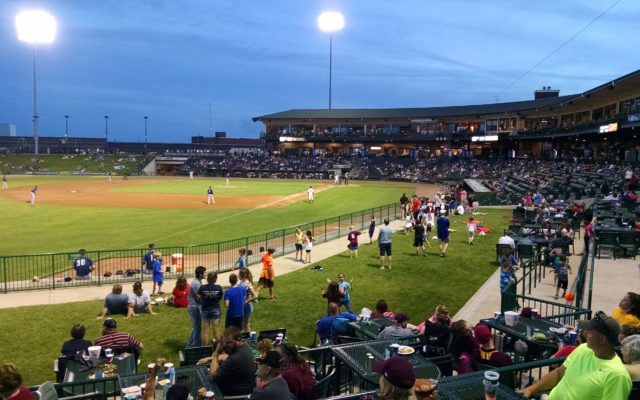