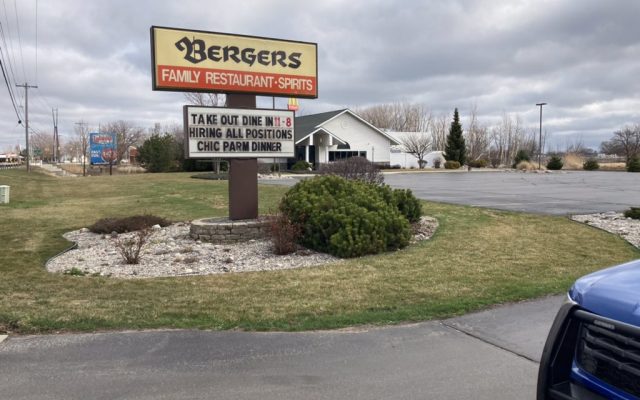 Michigan State Troopers and their bomb squad responded to Berger’s Restaurant Saturday morning after employees found a suspicious package.  Employees and patrons evacuated the restaurant after reporting  what they had found.  The suspicious package was found outside the restaurant on West Side Saginaw Road.  The Bomb Squad determined it was not a threat.  They credited employees for reporting the incident.