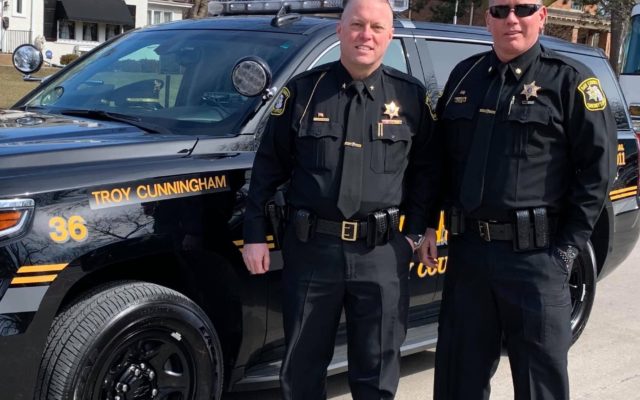 Bay County Sheriff Troy Cunningham has announced he is running for re-election. Cunningham said the programs he’ll prioritize in his second term will protect the most vulnerable in our community. That means he plans to focus on elder abuse, protecting children, and fighting the heroin epidemic.

Among accomplishments during his first term, Cunningham lists getting grants and funding for new equipment including a new marine patrol boat. He was able to obtain an MRAP military vehicle to assist in rescues at no cost to the County. Cunningham said he also worked to ensure all deputies are trained in and carry Narcan to assist in the fight against heroin.

Cunningham also mentions various programs he’s adopted such as “Hope Not Handcuffs,” to assist in finding treatment for those facing addiction. Cunningham has been with the Bay County Sheriff Department for 23 years. He was elected sheriff in 2016.

In announcing his plans to run again, Cunningham said “When this campaign is over, and you have trusted me again with the position of Sheriff of Bay County, you will be able to rest easy, knowing that nothing is more important to me than keeping Bay County a safe place to live, work, and raise a family. Rest assured I am fully dedicated to the citizens of Bay County”

More information can be found on Cunningham’s campaign website:    http://cunninghamforsheriff.com/