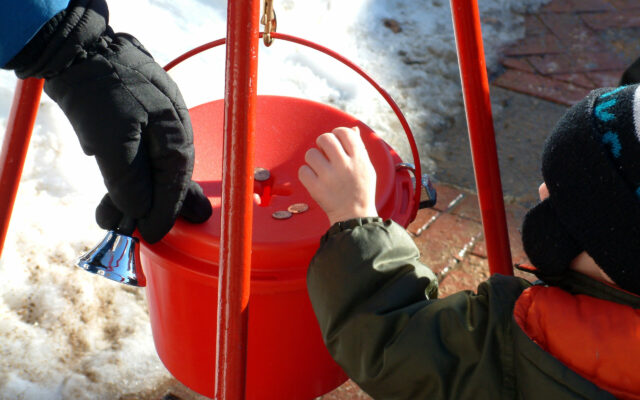 The Bay County branch of the Salvation Army is getting a boost to its Red Kettle Campaign. Beginning on Thursday, December 15th, every donation will be matched up to a total of $15,000 thanks to the generosity of an anonymous donor.

Major Rick Ray from the Bay County Salvation Army says that they’ve fallen behind their goal in this year’s campaign, which runs until Christmas.

“The biggest part of it is volunteers, people to stand and ring at our kettles. Those numbers are still down for whatever reason,” said Ray. “What we’ve raised so far is $34,000, a little over that. And our goal for the Christmas Season for our Red Kettle Campaign is $110,000.”

Ray says that there’s still time to volunteer at registertoring.com. In addition to the $15,000 matching challenge, all $20 bills put into a Bay County kettle on December 20th will be doubled as well.

Ray also says that the organization still needs help shopping for families on their Angel Tree Program, which runs until Friday the 16th at Walmart in Bay City. He says that any tags that remain will need to be covered by the red kettle donations.