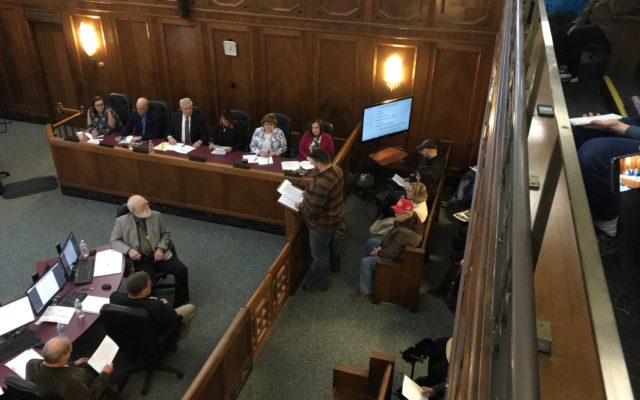 A speaker addresses the Bay County Board of Commissioners. Photo by WSGW's John Hall for Alpha Media.

Speakers packed the Bay County Board of Commissioners’ chamber Tuesday to sound off mainly on two issues.

Many who were supporters of the County Market on Columbus in Bay City called for the site to be refurbished and saved.  The board recently approved spending $10,000 to appraise the property which could ultimately result in a sale.

Other speakers wanted Bay County to become a sanctuary county to protect gun owners against state or federal laws that in their view would violate their rights. County Executive Jim Barcia believes the speakers  responded mainly to Michigan Attorney General Dana Nessel’s call for a “red flag” law. That would establish a process to separate someone  deemed unstable or a potential threat to others from their guns.