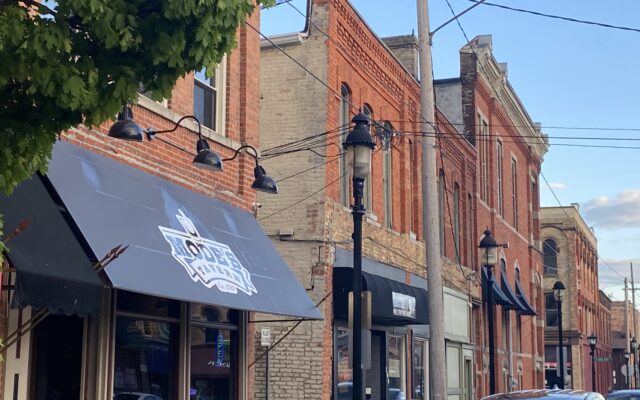 Bay City is preparing to close Linn st. between Midland st. and Vermont st. as part of its feet on the street program.

Discussion by City Commissioners got a bit heated after the issue of closing a roadway returned for another consecutive meeting.

The frustration was caused by debate focused on the road’s use while closed, and whether or not the issue should warrant a special use permit.

City Manager Dana Muscott says while COVID-19 eased some rules at the city level in order to help support the local economy- it’s back to business as usual.

She said in the middle of discussion between Commissioners after public speakers questioned the need for a Special event permit: “I have said this over, and over, and over again: We responded to COVID because we had to. A lot of things were put aside. We said we were coming back to the rules that we had to do.  So this special event process is not new.”

After a contested closure of Midland street at their last gathering, Commissioners approved the special event permit to close the span of Linn between Midland and vermont.

Debate on whether the street should be closed  at all focused on concerns of it going unused on days that haven’t already had events proposed.

Commissioners who have owned a business, like Brentt Brunner and Kerice Basmadjian, say the extra days of usability provide more room to plan future events.

Brunner said after this week’s Commissioner’s meeting “I feel that we’re almost pushing business owners to stop planning things because we’re throwing too many contingency policies in. I used to promote concerts and things of that nature- you can’t plan like that. You can’t plan on a week to week basis because you won’t have anybody to entertain anybody! I feel we’re just kicking things around too much. Let’s let ’em provide entertainment and bring something to this town.”

The linn street closure proposal will allow restaurants, namely Mode’s Tavern on the north end of Linn, to use the space for a requested cornhole tournament;  as well as uses added and approved at this week’s commissioner meeting that wouldn’t require additional city resources or permits- like street level musical performances.

Commissioners also heard from Matt Nemode, who proposed the special event permit requesting the closure and owner of Mode’s,  says while summer fun will be a sure-thing with events he has planned- the permit will help keep customers safe because COVID is still an issue across much of the state.

He said on the approval of the proposal: “It’s very exciting to be able to have music on Linn street, to have cornhole out on linn street again. That’s an attraction for the city. COVID isn’t gone, and that’s something we can’t lose sight of. For the general community to be able to come out and have a good time- that’s a pretty important piece of the puzzle.  Play within the rules, that’s all we’re trying to do.”

Linn street will be closed to through traffic beginning 2:30pm this Thursday (5/18), until 7:00am Monday; and recurrently each week through October 10th.