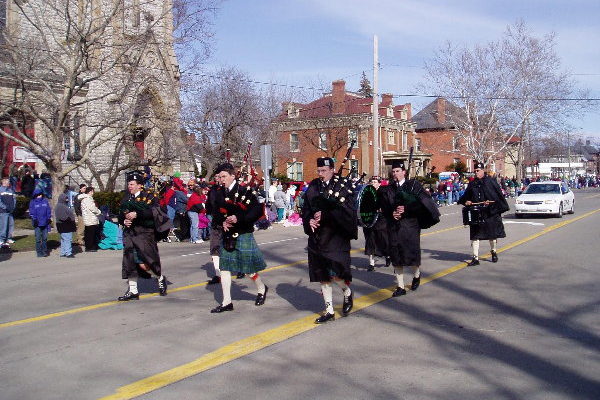 Tom Newsham, Parade Association President said, “We are very mindful of keeping everyone safe,” Newsham said. “People come from all over, not just Bay City, to watch the parade. Some families have reunions on parade day and family members travel across the United
States and even from Canada to come “home” to Bay City.”

Parade Association Treasurer Jan Rau said the first St. Patrick’s Day Parade was hosted on March 17, 1955 on a weekday with a route that
spanned from Center to Monroe, ending at City Hall. More than 10,000 people attended the first Bay City parade and 40 different organizations and groups marched in it. The parade has since grown over the past 66 years into a widely attended event from visitors across the state.

Parade participants have also increased. Before it was cancelled in 2020 due to the pandemic, there were over 120 entries registered for the 2020 parade.

In announcing the cancellation, the association added the message: “Celebrating our Irish heritage will continue in Bay City! We will carry on the tradition in 2022! The St. Patrick’s Day Parade Association wants to send a message of peace, hope, and goodwill to all!”

The organization is still planning a virtual parade and other events in celebration of St. Patrick’s Day.