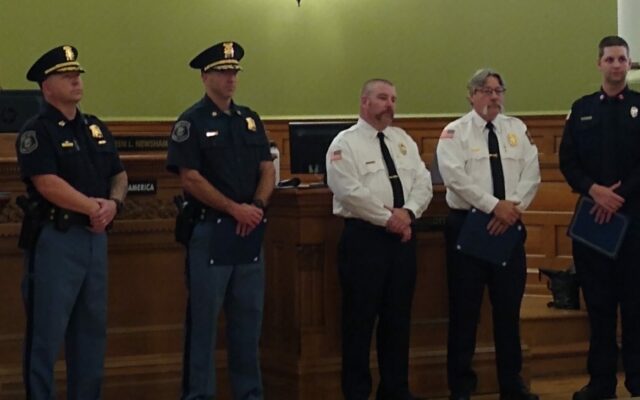 At a special presentation during Monday night’s City Commission Meeting, members of the Bay City Department of Public Safety were awarded for their efforts during 2021.

“It’s basically recognizing some of the good work that was done by first responders,” said Interim Director of Public Safety Caleb Rowell, “I recognize them all the time at the department. It’s nice to be able to do it in a public forum, though, so everyone else can see the work they did.”

Corporal Paul Cairns was awarded Law Enforcement Officer of the Year. Cairns is the first Bay City Police Officer to be paired up with a police K-9. He credits the award to K-9 Loki, stating, “He’s a very good dog. I’m just pretty much the guy that holds the leash… He’s been very successful in quite a few things that he’s done, and not only that, but he’s an all-star in the community. People love him.”

The full list of award recipients is as follows: