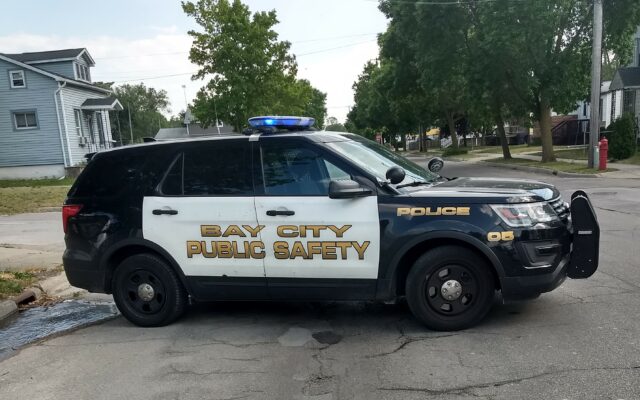 At 2:30 Sunday morning Bay City Public Safety Officers responded to the DoubleTree Hotel after a report that a man and woman in a gray SUV were fighting.  As officers approached the vehicle, the SUV sped away.  Officers did not engage in a chase and last saw the 2014 Hyundai SUV go north on Washington Avenue.  A few minutes later officers found the SUV had crashed at East Vermont Street and North Henry where it had rolled over after striking a van.  The driver of the Hyundai, a 22 year old man from Fort Wayne, Indiana, was pronounced dead at the scene.  A 23 year old woman from Fort Wayne was taken to  an area hospital with non-life-threatening injuries.  Occupants of the van were treated and released at the scene.  The Michigan State Police assisted with the investigation which remains open at this time.