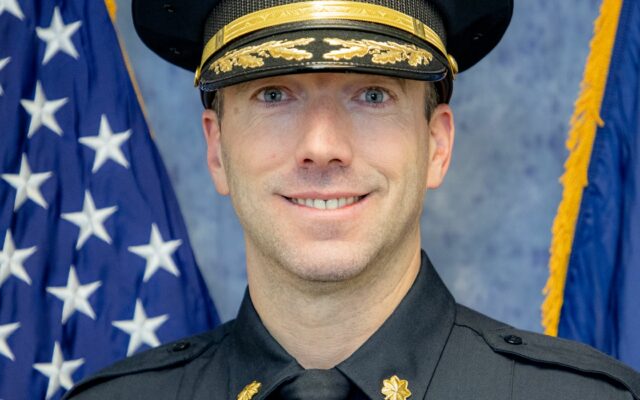 A longtime member of the Bay City Department of Public Safety has been promoted to Director of the department, effective Wednesday, October 26th.

Caleb Rowell, whose career with the Bay City Police Department started over two decades ago, takes over the position vacated when former director Michael Cecchini resigned after an altercation with a group of teens. Rowell was named interim director earlier this month.

City Manager Dana Muscott says she thinks the decision is a good one. She believes Rowell already has the support of the department, and will work well with the other departments at the city. When the city of Bay City combined its police and fire departments, Rowell was a patrol officer. He attended the Bay County Fire Academy to obtain his firefighter certifications from the state of Michigan. He is a 2021 graduate of the FBI National Academy, and serves as a board member for the Great Lakes Bay Region Families Against Narcotics.