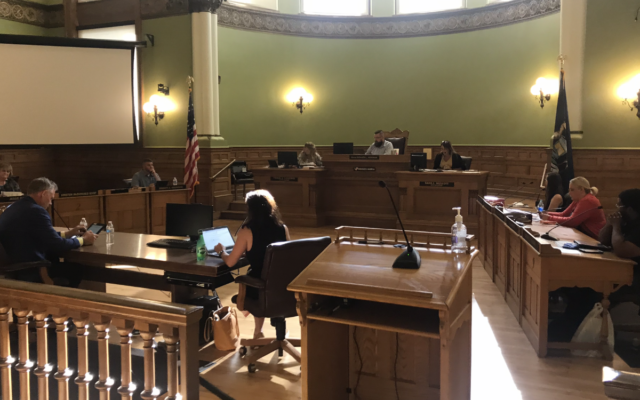 Bay City commissioners agreed at a meeting Monday, July 20 some residents just now getting back to work may need a bit more time to pay their bills.

After an amendment of a proposal to immediately reinstate utility fees, Bay City residents will now have an additional month before late fees will be added to their balance. Credit card fees, however, will begin to be applied to payments made with a card starting with the upcoming month’s bill.

City Manager Dana Muscott says the extension should not be seen as a chance to skip payments if you’re financially able to, but as a chance for those who may not have completely caught up yet to avoid added charges. She says that residents still having a difficult time making payments should contact the city to see how much they may be eligible in C.A.R.E.S. Act funding.

Commissioners said Bay City has missed out on more than $100,000 because of waived fees, but the good news for residents is that when new fees are brought back they will not be retroactive. Anyone looking to make payments on their utility bill can do so online, in person at city hall, or at City Hall’s dropbox behind the building.

At this week’s meeting, Commissioners also swore in new 3rd Ward Commissioner Katie Zanotti, who says she’s ready for responsibilities of the job even if the COVID-19 still poses a big challenge in the area.

Her term runs through November 2022, as she comes in after the resignation of Andrew Niedzinski who left in March to take the Vassar City Manager role.