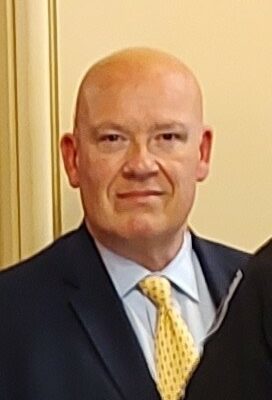 Bay City’s Director of Public Safety, Michael Cecchini, is retiring after a video circulated on social media of an incident involving Cecchini and a group of teens on September 17th. The video shows Cecchini confronting the group of teens, who he says were squealing the tires of their scooters outside his apartment.

In the video Cecchini can be heard saying he was going to to beat one of the teenagers and take him to jail, and is seen poking him in the midsection with a flashlight. Cecchini was placed on leave while Michigan State Police investigated the incident.  Bay County Prosecuting Attorney Nancy Borushko is reviewing the investigation to determine if charges will be filed.

Monday it was announced that Cecchini will be retiring after working for Bay City for 16 years. Deputy Director Caleb Rowell will serve as Interim Director of Public Safety until a permanent replacement is determined.