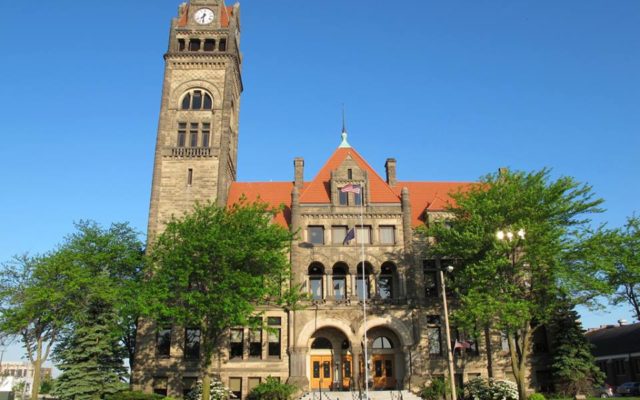 Tonight, August 2, at their regular meeting, Bay City commissioners voted to approve language enabling the mayor and city clerk to execute a lease agreement between the City of Bay City (City) and Bay City Bridge Partners (BCBP) for Liberty Bridge. A vote on a similar lease agreement for Independence Bridge will follow at a later date.

The approved lease language is consistent with the original acquisition & development agreement, with added details and protections for the City. The City and BCBP entered into their original agreement in 1/2/2020, with BCBP committing to finance, design, construct, operate and maintain the rehabilitation and modernization of the Liberty Bridge and build a new replacement for the Independence Bridge at no cost to the City.

To prepare for the upcoming construction, BCBP will be hosting a public open house where members of the community can find out more about the project and ask questions.  BCBP contractors will also be available to discuss potential business opportunities for vendors, suppliers and subcontractors as part of the construction project.

Since January 2020, BCBP has reimbursed the City for all maintenance and repair services on Liberty and Independence, funded and engaged movable bridge experts to conduct thorough inspections of both bridges, worked to pass necessary legislation to allow this innovative public/private partnership, and initiated environmental reviews and engineering work.

“Our commitment to Bay City and this project has been unwavering,” says Kevin Bischel, BCBP project director. “We are invested in this community and in the safe process of improving both of these structures for the good of those who depend on them. It’s exciting to see things moving forward!”

Commissioners were also provided updates on the project that included the following:

The proposed design for Liberty Bridge will include several aesthetic enhancements and will likely include new color changeable LED lighting along the southern portion of the bridge that is over the water, the City logo on the tender post, and community banners on light posts along the bridge.

“Tonight’s approval by the commissioners is another important step forward on the journey to utilize this innovative public/private bridge partnership for the benefit of Bay City residents and businesses,” said Dana Muscott, Bay City manager. “It is exciting to know the project is well underway and certain to bring progress, jobs, and renewed excitement to our city.”