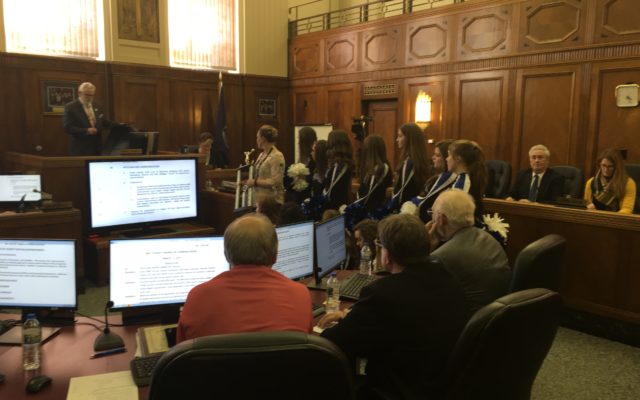 The Bay County Board of Commissioners recognized the Pom team from John Glenn High School in Bangor Township Tuesday for winning the Mid American Pompon state championship this year.

County Commissioner Ernie Krygier whose district encompasses the school says he’s proud of the effort by the girls along with support they received from coaches and parents.

The team along  with some of the parents and coaches were congratulated by the
Commission and County administrators after the recognition ceremony.