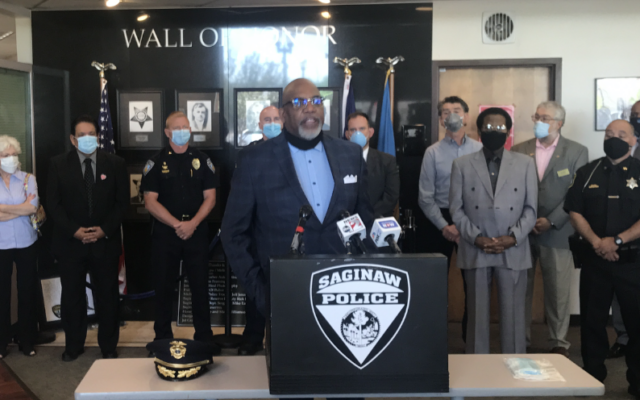 Protesters were gathered outside the Saginaw police department as Representatives of Saginaw’s ALPACT committee met with Chief Bob Ruth to talk about what needs to be done to prevent racial disparity in law enforcement.

Discussed were several changes in the department since Ruth has been chief, with the department’s diversity and transparency with the community being key points.

The department has held bi-monthly meetings with ALPACT, or Advocates and Leaders for Police and Community Trust; and recent talks have led the City Attorney and ALPACT to research the implementation of a citizens advisory committee for police.

Ruth promised to continue listening to what people have to say, including  ALPACT’s most pressing demand- for Saginaw Police to explicitly exclude restraint above the shoulder from their use of force procedures.

As ALPACT members and Law enforcement officials left the meeting, demonstrators outside laid on the ground in memory and respect of Minnesota’s George floyd.