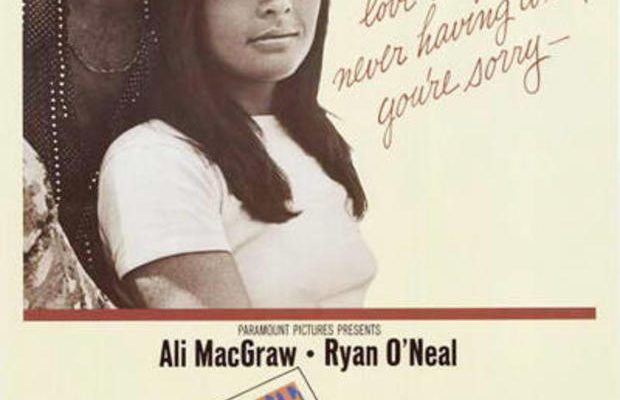 First, the music gets you, then that fateful opening line: “What can you say about a 25-year-old girl who died?” I mean, talk about a spoiler alert! He tells you how the movie ends … she dies!

Yet, “Love Story” remains Hollywood’s definitive love story. It’s the 1970 tear-jerker that, to this day, tugs at the heart of the audience, and its stars, Ryan O’Neal and Ali McGraw.

“There was a strange love affair that was going on on the set with everyone.,” O’Neal said. “And we just were part of that, Ali and I.”

Turner Classic Movies host Ben Mankiewicz brought them together, virtually – McGraw in Santa Fe and O’Neal in Malibu – giving them a chance to reminisce about this famous fictional romance.

Mankiewicz asked, “Ali, how did it change your life?”

“Oh, not very much,” she deadpanned. “I was making 80 dollars a week as a photographer’s stylist, eating prune danish for lunch, it didn’t change it very much. I mean … it was like a cyclone hit.“

Segal shopped his screenplay around and eventually it found its way to McGraw. “I read it and I cried, and I thought, There’s something wrong. I’m sort of snobby and I didn’t understand why I felt what I felt, reading it,” MacGraw said.

“Love Story” was not supposed to the movie that brought Paramount Pictures back from the cusp of financial ruin. In 1970, right in the middle of the upheaval of the Vietnam War and the Civil Rights movement, a romantic drama about two beautiful Ivy Leaguers was an unlikely blockbuster. But one person really believed in “Love Story”: Ali MacGraw. And she had someone in her life who could make it happen.

MacGraw’s new husband was Robert Evans, who ran Paramount. In 1970, with MacGraw enjoying the success of her first movie, “Goodbye Columbus,” Evans thought playing Jenny in “Love Story” might be a nice little second film for his wife.

Mankiewicz asked, “Ryan, you beat out some hefty names, some serious heavyweights in the early ’70s?”

“I don’t know about that part,” he replied.

“I do,” MacGraw responded. “Everybody knew the second that you walked on the set.”

“And you concurred that Ryan was the guy?” Mankiewicz asked.

“For sure. It was instant.”

Of the shoot, O’Neal said, “It was fun to go to work every day. And romantic!”

MacGraw said, “Something startling happened. Towards the end, I remember that a lot of guys on the crew, whom we loved, had tears in their eyes. And I don’t think anybody was sitting around saying, ‘Ooh, wow, this is gonna be a big hit movie.'”

Big doesn’t begin to describe it. “Love Story” earned $130 million at the box office, equivalent to about a billion dollars today. It picked up 7 Oscar nominations, including Best Picture. It won for its score, which is as memorable as the characters.

O’Neal said, “Music was a problem in the beginning because we had the wrong guy do the score and he got fired. And so, we brought in this wonderful Frenchman.”

“Francis Lai’s music was not the original music?” asked Mankiewicz.

“No. The original music [sounded morbid, like] ‘Jen-ny’s deeeeeaaaaaad!’ That’s how it opened! And so, Bob Evans, he tore the phone out of the wall … and we moved on to Francis Lai.”

MacGraw added, “I always thought that that music had a huge amount to do with that film’s success.”

The novel helped, too. Erich Segal wrote the screenplay first. When Paramount bought it, the studio suggested he make it a book to hype the film. The novel was released on Valentine’s Day 1970. It spent nearly a year on The New York Times bestseller list and sold 21 million copies. A 1971 Gallup Poll found one in five Americans had read “Love Story.”

Ten months after the book came the movie, and for O’Neal and MacGraw, unfathomable fame

Mankiewicz asked, “Ryan, again, you’d been a television star. But there’s something very different about what happened after ‘Love Story,’ right?”

“So was I!” MacGraw laughed.

“And a little arrogant, I must say,” he added. “All the success piled on.”

And to this day, they get asked that one question, about that one line: “Love means never having to say you’re sorry.”

So, Mankiewicz asked, “What does that mean?”

MacGraw replied, “I don’t know. What does it mean?”

MacGraw said, “And I keep hoping that I’ll get through a whole interview without being asked that question!”

Sorry, no such luck!

To say they are different people now is an understatement. O’Neal lives on the coast – and he can thank Oliver Barrett IV for that. In 1978 he made a sequel, “Oliver’s Story.” It bombed.

MacGraw left Los Angeles for Santa Fe 25 years ago. She’d done the whole L.A. thing: “Listen, I had no illusion that I had a long career ahead of me as a film actress. And you know, getting older, [it’s] not a lovely place to be as a female in that business.”

But even separated by geography and a pandemic, they still keep in touch, and see each other when they can.

“I’ll come on horseback,” he said.

Mankiewicz had a last question: “I got it, it’s not romantic love. But there’s a love story between the two of you…”

“Oh, sure,” MacGraw said. “What is more wonderful in the whole world than the ability to love somebody?”