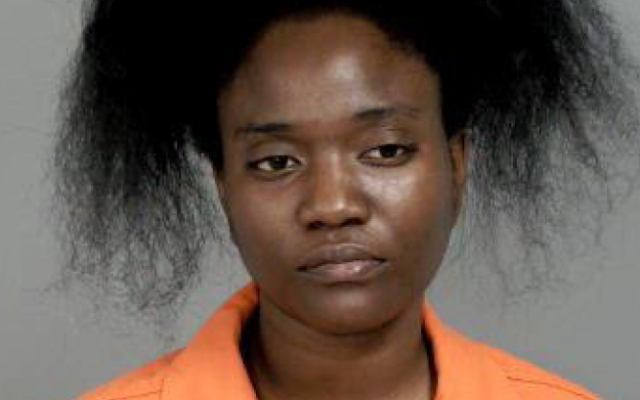 The sister of a Flint man wanted for murder has been charged related to the killing.

24-year-old Brya Bishop was arrested on charges of tampering with evidence, lying to police and accessory to a felony after the fact in the murder of 43-year-old Calvin Munerlyn. Munerlyn was working as a security guard at the Family Dollar on Fifth Ave. in Flint Friday, May 1 when Bishop and her mother, 45-year-old Sharmel Teague, arrived.

Bishop was not wearing a face covering, according to police, violating the state executive order requiring coverings in public places. Munerlyn and the women got into an argument about the covering.

Police say Teague called her husband, 44-year-old Larry Teague and son, 23-year-old Ramonyea Bishop, who arrived and allegedly shot Munerlyn in the head following another argument. Police have been unable to locate the men. Sharmel Teague was arrested. All three are charged with first degree murder.

The U.S. Marshal’s Service in Detroit has offered a reward of up to $5,000 for information leading to the men’s arrest. Anyone with information can call the US Marshal’s tip line at (866) 865-TIPS, send a message to usmarshals.gov/tips or send a text to (800) SPEAK-UP.