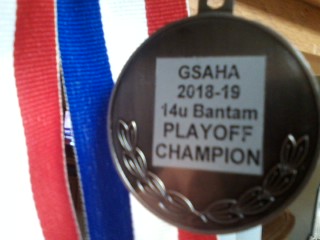 A Wet Weather Forecast on the WSGW Wednesday Morning Team Show with Charlie and Dave and Pat and YOU…..

After the 6:30 news, Charlie has hockey on his mind, no not the Wings or Spirit, but the Bantam 14under team his son plays on at the Saginaw Bay Ice Arena, as the season officially ended, and what and ending it was (runs 8:05)…..

A New Poll Introduced for YOU…..

After the 8:30 news, Charlie, Dave, Pat, and Art have a follow up to the Detroit Lions reference from yesterday and the signing of the four free agents, as a columnist seemingly is trying to throw cold water on the organization (runs 7:08)…..

An Eagle Scores a Hole-In-One

No Doubt Taxpayers Enjoying the Way Their Money is Being Used…..

The Clarion Ledger of Jackson reports that the dispute involves the Department of Public Safety’s response to a lawmaker’s public document request.

Rep. Joel Bomgar asked John Dowdy with the Mississippi Bureau of Narcotics some questions about the state’s drug policy.   Dowdy sent his answers to Public Safety Commissioner Marshall Fisher, who told Dowdy not to send the letter.

Bomgar complained to the Mississippi Ethics Commission, which fined two Public Safety Department attorneys $100 each.   The agency eventually gave Bomgar the letter, but is still challenging the fines in court, saying it could set a precedent for when a draft document becomes a public record.