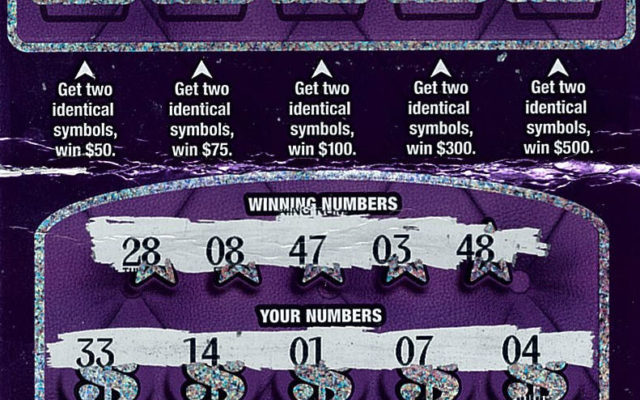 A Saginaw County woman told Michigan Lottery officials she “couldn’t help but holler” when she won $4 million playing the $200,000,000 Riches instant game. The lucky player, who chose to remain anonymous, bought her winning ticket at Singh’s Market, located at 805 Shattuck Rd. in Saginaw.

“I love playing the $30 games,” said the 62-year-old player. “I purchased my ticket, scratched the barcode, and scanned it. A message came up to file a claim, so I scanned it a second and third time and got the same message. I went out to my car and began scratching the ticket. I revealed the ‘CASH’ symbol and knew I won big. I slowly scratched the amount and when I revealed the ‘4’ and then the ‘M’ I couldn’t help but holler!”

The player visited Lottery headquarters to claim her prize. She chose to receive her prize as a one-time lump sum of about $2.5 million rather than annuity payments totaling $4 million. With her winnings, she said she plans to purchase a home and then invest the remainder.