2021 status of herbicide-resistant weeds in Michigan 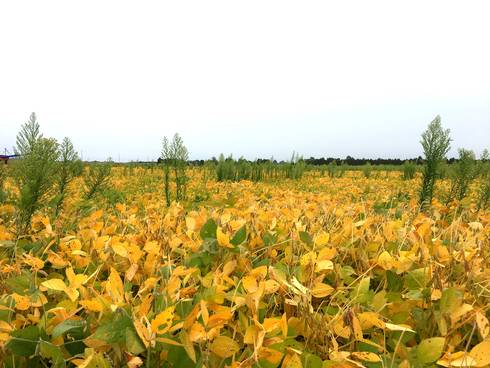 From these 15 samples, 11 were confirmed to have some type of herbicide resistance. Two of these cases had not previously been confirmed in the counties in which they were sampled. ALS-resistance (Group 2) in common lambsquarters was documented for the first time in Tuscola County and resistance to the photosystem II inhibiting herbicides (Group 5) in Powell amaranth was documented in Mason County.

One unique case of three-way resistance to glyphosate (Group 9), ALS- and PPO-inhibiting (Group 14) herbicides in waterhemp was documented from Ottawa County. This is the first case of multiple-resistance to three herbicide modes of action in waterhemp submitted to MSU Plant & Pest Diagnostics, therefore further bioassay testing to confirm these initial results in on going. MSU weeds specialist Christy Sprague reported a prior case of similar resistance in waterhemp in 2019 in Isabella County that was confirmed via molecular screening.

As a side note, the option of in-season molecular screening for select weed-resistance combinations will be coming to MSU Plant & Pest Diagnostics through collaboration with MSU weed geneticist Eric Patterson in the coming seasons; stay tuned for more information.

As the number submissions on well-characterized resistant weeds has tapered in the past several years, we have seen an increase in unique resistance inquiries. Common cocklebur, annual ryegrass and fall panicum were all new species submitted for screening in 2020. While no resistance was found in the common cocklebur sample, one of the annual ryegrass samples was confirmed to be resistant to glyphosate in St. Joseph County. Worldwide, annual ryegrass (also known as Italian ryegrass) and its relatives, perennial ryegrass and rigid ryegrass, are some of the most frequently encountered herbicide-resistant weeds, with glyphosate resistance first reported in annual ryegrass in Chile in 2003 (see “Glyphosate-resistant Lolium multiflorum in Chilean orchards” by A. Perez and Marcelo Kogan for more information).

The fall panicum sample from Clinton County showed resistance to the ALS inhibiting herbicide thiencarbazone-methyl (a component of the herbicide Capreno®). This would be the first case of resistance to a Group 2 herbicide in fall panicum worldwide; therefore, additional testing is underway to confirm these preliminary results. These additional tests include a repeated screen and a dose response experiment to determine the level of resistance. As with many of our samples, the seed supplies from this sample and the previously mentioned waterhemp sample were limited, therefore seed increases must be done in the greenhouse before the additional screening can take place.

Herbicide resistance testing will again be available in the fall of 2021, with all submissions due by mid-November. Support from the Michigan Soybean Committee and Michigan Vegetable Council is expected to continue for this season. Information on these supported programs, fees for other types of samples, and the submission process can be found on the MSU Plant & Pest Diagnostics website or in the back of the 2021 Weed Control Guide for Field Crops (E-434).

Information and photos showing how to collect seeds for the bioassays is available in “Tips for collecting weed seeds: Ensure your resistance sample gets tested.” If you have any questions regarding the 2020 results or future sample submissions, please contact Erin Hill ([email protected]) for more information.

Thank you to Christy Sprague for reviewing this article.

New county locations and/or incidents of resistance confirmed from 2020

*G# refers to the herbicide site of action group