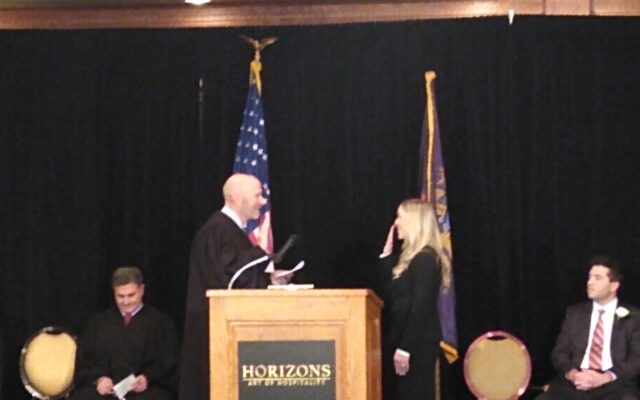 Brittany A. Dicken was sworn in Wednesday night after winning the seat in the Tenth Circuit Court over opponent Megan Cottington-Heath in November.  During the ceremony, Judge James T. Borchard administered the oath of office.

Dicken was an attorney for Friend of the Court, as well as a Circuit Court Referee before running for the seat. She will replace the retiring Judge Borchard on the bench, presiding over family law cases in Saginaw County.